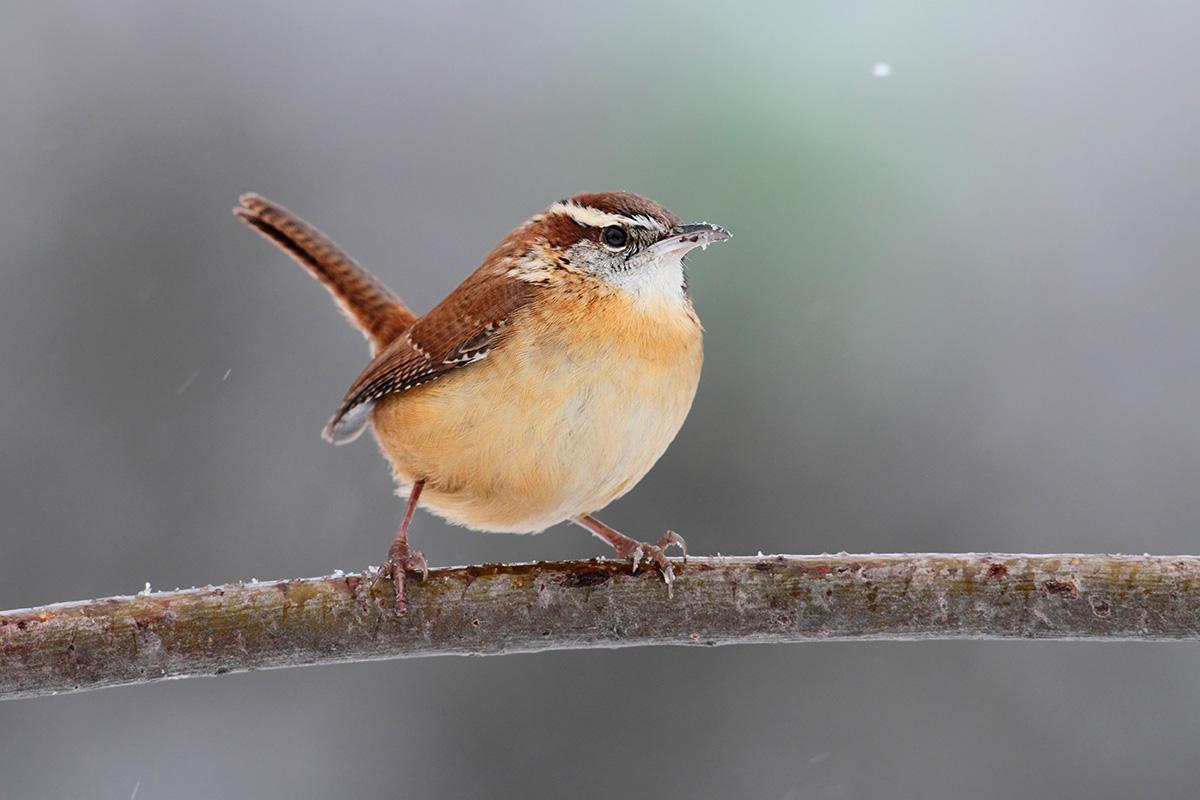 Description of the Carolina Wren

The Carolina Wren is a chunky little bird with a distinctive tail that stinks nearly straight up in the air.  They have a large head and a barely distinguishable neck.  In addition to their tails their distinctive slender, downward pointing bills make them easy to identify.  Their bellies are a warm creamy orange color, while their backs and wings are a reddish brown, similar to cinnamon.  Wrens are known for being quite boisterous with a large variety of songs, chatter and calls, however it is only the male Wren that does all of the singing.

Longevity and Molting of the Carolina Wren

The adult Carolina Wren will molt, or replace their plumage, in August and September, after they have raised their young for the year.  The Carolina Wren is common in the Southeastern United States and does not migrate.  Due to more mild winters they have spread to the north some, but they are not hardy enough to survive severe cold.

Family Life of the Carolina Wren

The Carolina Wren may pair up with a mate at any time during the year.  They will stay together for the year and most will mate for life.  Together they will build a nest that is often domed, the female will generally select a soft lining upon completion.  They will have two to three clutches a season.  Both parents are responsible for feeding the young and you may see them foraging as a family after the fledglings have left the nest.

What Do Carolina Wrens Eat?

Carolina Wrens enjoy almost anything that could be considered a bug.  They will use their beaks to pull them from decaying logs or break larger insects apart for eating.  They are also fans of Peanut Hearts and Sunflower Chips; Clinger’s Charms is sure to be a hit.

In a world where thrushes sing and willow trees are golden in the spring, boredom should have been included among the seven deadly sins.