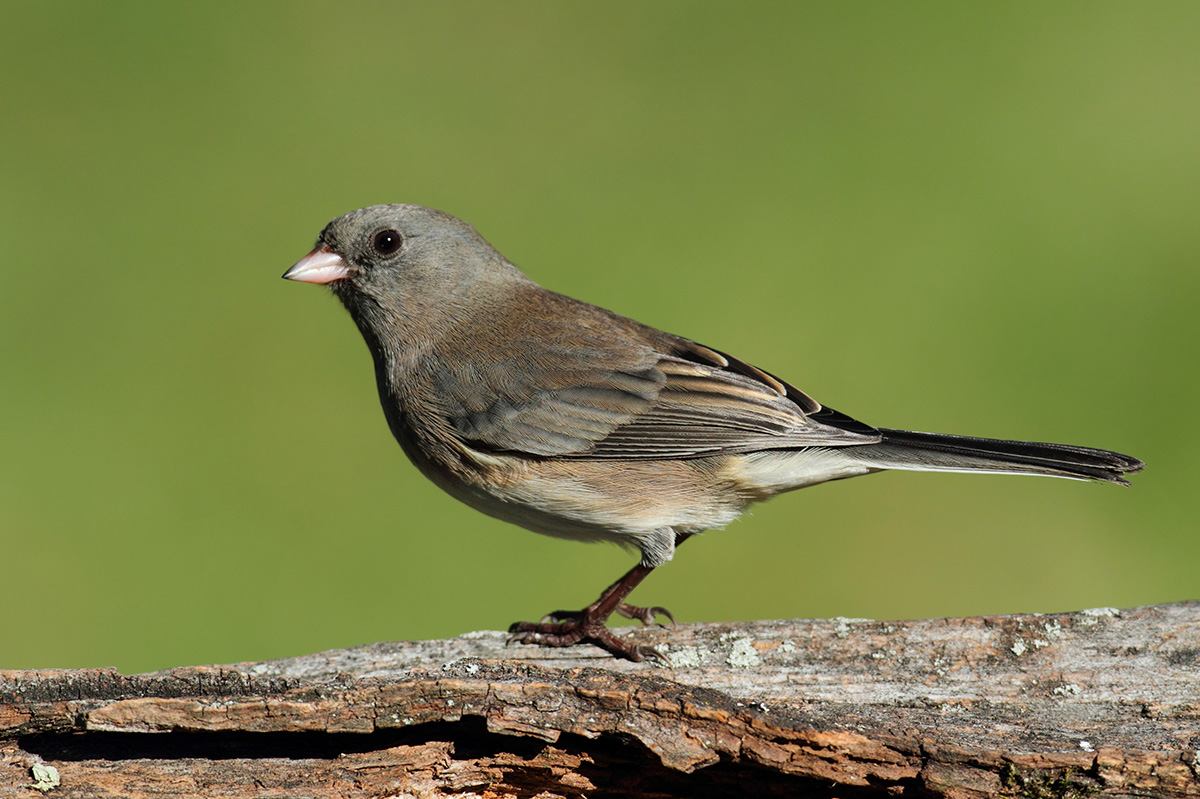 Description of the Dark-Eyed Junco

Common in the wintertime across the United States Dark-Eyed Junco’s are slate grey over most of the bodies with white bellies and a crisp white tail edge.  Their distinctive pink beaks set them apart. Because of their wide geographical range they are one of the most popular songbirds in the United States.

Longevity and Molting of the Dark-Eyed Junco

The first molt of a juvenile Dark-Eyed Junco is only a partial molt in preparation for winter, they will replace the body feathers and only part of their wing feathers.  They will go through their first complete molt the following fall.  Adults will molt in the fall of the year.

Family Life of the Dark-Eyed Junco

Dark-Eyed Juncos tend to spend the breeding season in Canada and the winter in the United States, however some of them will spend their entire lives in the United States at higher altitudes, such as the Appalachian Mountains.  They are one of the most populated songbirds in North America due to their large geographic area.  The male tends to arrive to the breeding ground earlier than the females do.  Once a pair bond is established, the female will select a site and begin nest building, the male will assist by bringing materials to her.  They will hatch one to three broods a year and both parents will help to feed the young.

What Do Dark-Eyed Juncos Eat?

Dark-Eyed Juncos are primarily ground foragers, eating a variety of seeds. During breeding and when feeding their young caterpillars and other creep crawlies will find their way into their diets. They prefer smaller seeds such as Sunflower Chips, Nijer® and White Proso Millet.  They also have shown preference to Platform and Hopper feeders. While they are predominantly forest dwellers Finch Feast, Birds Gone Wild or Wild Bird Blend may just do the trick to bring them to your backyard.

The woods would be quiet if no bird sang but the one that sang best.