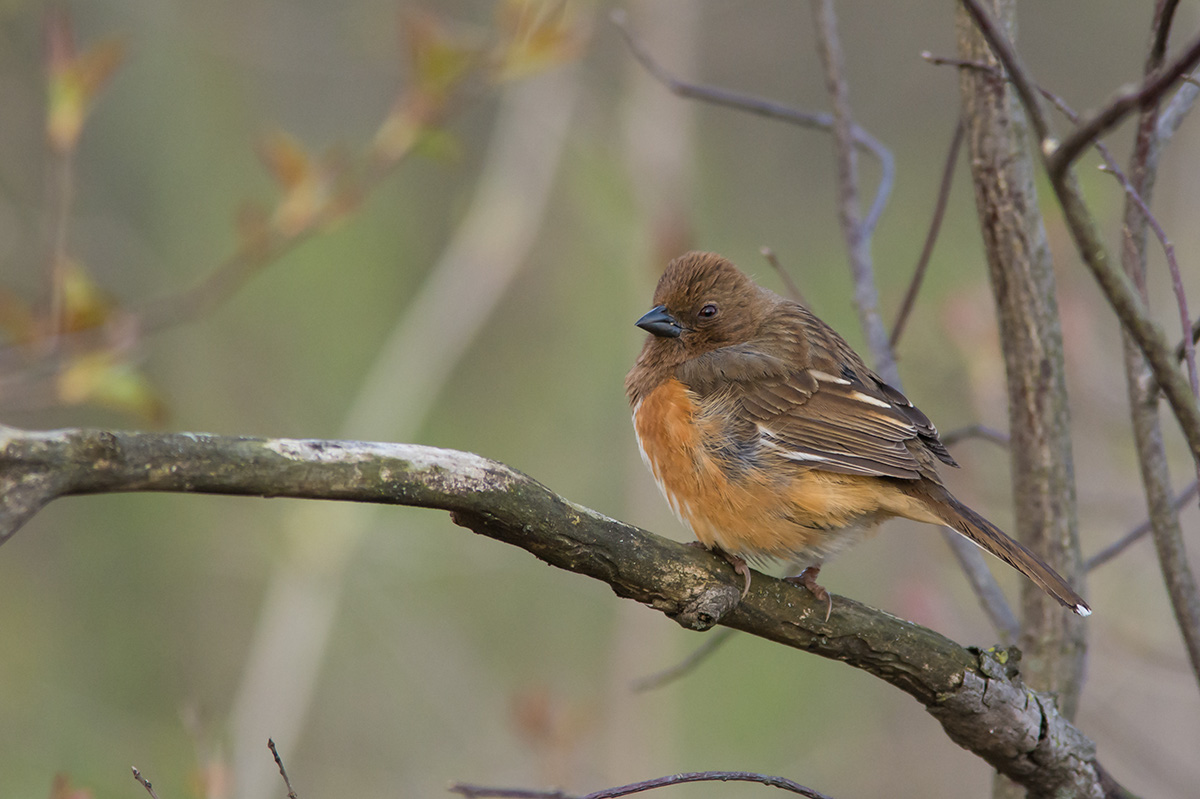 Description of the Eastern Towhee

The Eastern Towhee has distinctive rust colored sides and a white belly.  The males are black over their head and wings, while the females are a dark brown in the same area.  They tend to hang out near the ground, in and around shrubs.  You will often find them on forest edges, or perhaps your own backyard if it is adorned with adequate shrubbery.

Longevity and Molting of the Eastern Towhee

Young Eastern Towhee’s will go through a complete molt to replace the down that they are born with prior to leaving the nest.  Just before fall, they will go through a partial molt replacing some but not all of their feathers.  At this point the young male is lighter in color, more similar to a female, than the adult male.  The juvenile female’s first winter plumage and the adult female plumage are very similar.  Timing of juvenile and adult molting depends on geography and weather but is generally in late summer or early fall so it may be completed prior to winter.

Family Life of the Eastern Towhee

What Do Eastern Towhees Eat?

Towhee’s have a diverse palate and enjoy Black-oil Sunflower, Sunflower Chips, Cracked Corn, Millet, Milo and Peanuts.  Wild Bird Blend is sure to be a hit, but they would rather what has fallen near their shrubs or perhaps a low hanging platform feeder to any high hung feeders.

Early summer days are a jubilee time for birds. In the fields, around the house, in the barn, in the woods, in the swamp – everywhere love and songs and nests and eggs.